Damaraland Camp is located in possibly the most pristine wilderness area inNamibia, the Huab River Valley. Boasting panoramic vistas of stark plains, ancient valleys and the soaring inselberg of the Brandberg Mountains, cheerful Damaraland Camp integrates the local community and environment through sustainable ecotourism. This rare synergy has won a host of awards, including the 2005 WTTCTourism for Tomorrow Conservation Award which is one of the top two global environmental travel awards.

Damaraland Camp is situated in the Huab River Valley, arguably the most pristine wilderness area in Namibia, 90km from Torra Bay in the Torra Conservancy. It is lauded as one of the country’s best camps, with sensational views of the surrounding desert plains, ancient valleys and soaring peaks of the Brandberg Mountains.

Winner of the 2005 WTTC Tourism for Tomorrow Conservation Award, the eco-friendly construction of Damaraland Camp has merged new technology with ancient methodology in an incredibly inventive manner. Another unique feature of this sustainable ecotourism venture is that it is owned and largely run by the local community – who have injected their own distinctive optimism and cheerful nature into the Damaraland Camp experience. This unusual flavour comes from the mixed heritage of the local peoples, which include Nama-Damara, Herero, Owambo, and the displaced Riemvasmakers of South Africa.

Accommodation at Damaraland Camp consists of 10 adobe-styled, thatched units each raised on individual wooden decking – part of which extends out to form a large viewing deck with magnificent vistas. Recently refurbished, each tent has en-suite facilities (shower only), a walk-in dressing area and built-in fan. Mosquito repellent is also provided.

The spacious, thatched living area features a restaurant and bar, complete with fireplace. Evening meals at Damaraland Camp are often prepared over an open fire and served out in the open in an area near to the camp lit by an assortment of small lanterns. The swimming pool is conveniently sited next to the bar. An open campfire and outdoor ‘boma’ can be enjoyed during calm evenings, with superb stargazing in the crystal-clear night skies.

Large game is not concentrated year-round here, with the natural cycle of rainfall dictating the seasonal movement of wildlife along the Huab River.

Activities at Damaraland Camp revolve around exploring the Haub River system, featuring guided nature drives, walks and mountain biking. Morning and afternoon drives in search for desert-adapted elephant are a great favourite. Gemsbok, greater kudu, springbok, and occasionally lion, cheetah, elephants and black rhino can be spotted. Interesting flora such as euphorbias and shepherd’s trees can be viewed on the way to some of Africa’s best known rock engravings, including the famous Twyfelfontein etchings. 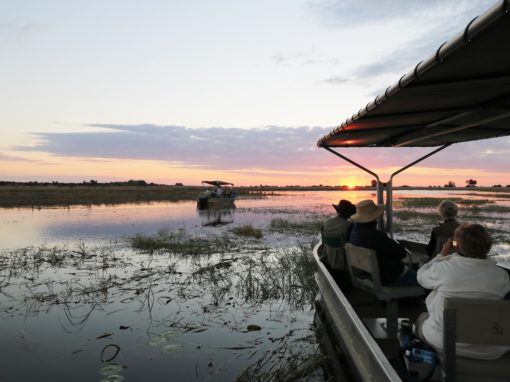 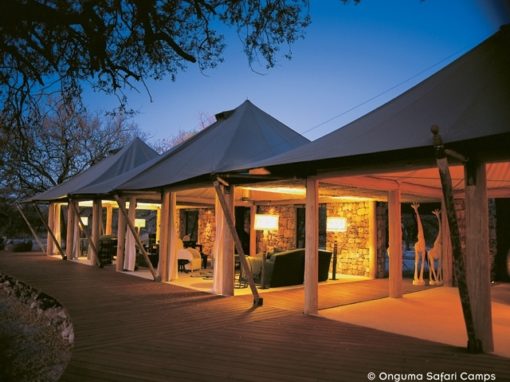 Onguma Tented Camp is a beguiling mixture of sophistication and relaxation, of ...
Read more 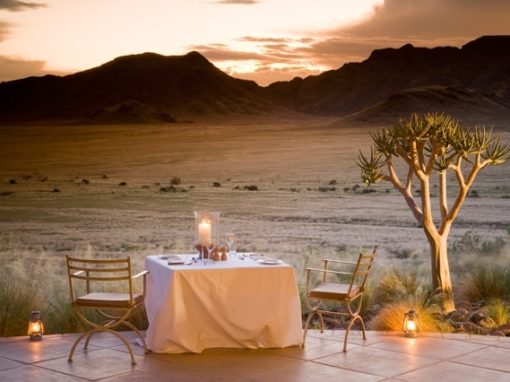 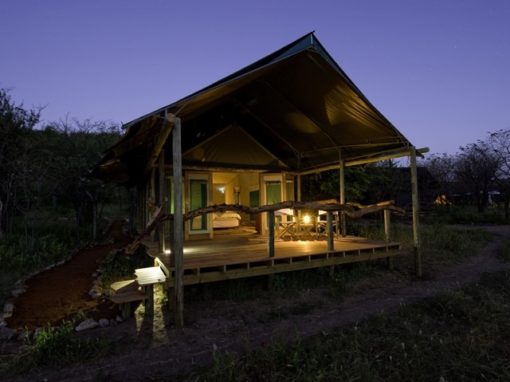 Ongava Tented Camp is one of Namibia’s best kept secrets. Tucked away at the ...
Read more 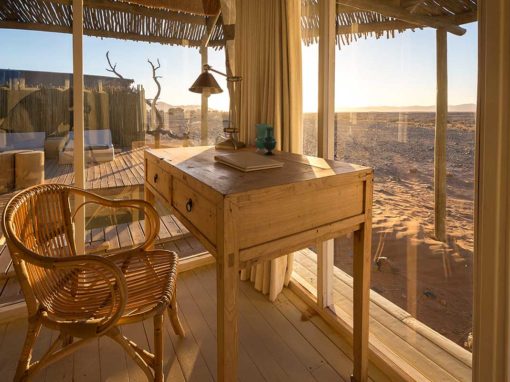 Journey through the Namib in harmony with the environment and savour the ...
Read more 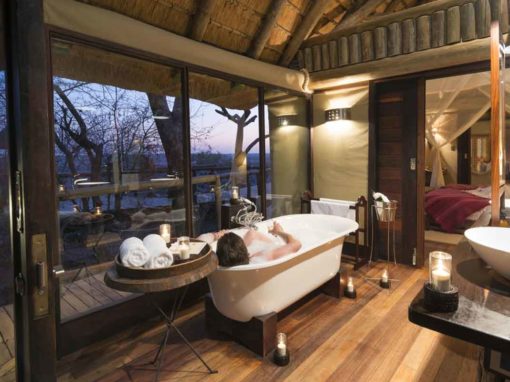 Little Ongava is perched atop a rise in the 30,000 hectare Ongava Game ...
Read more 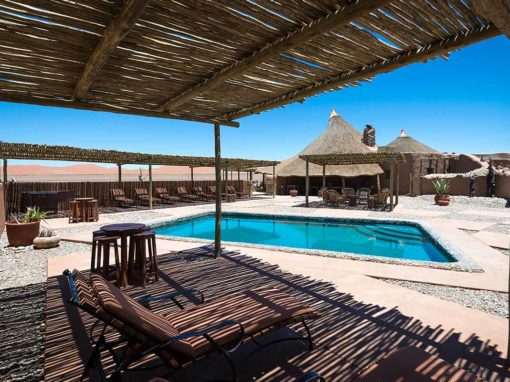 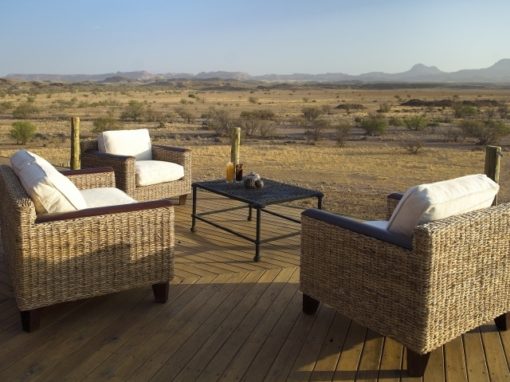 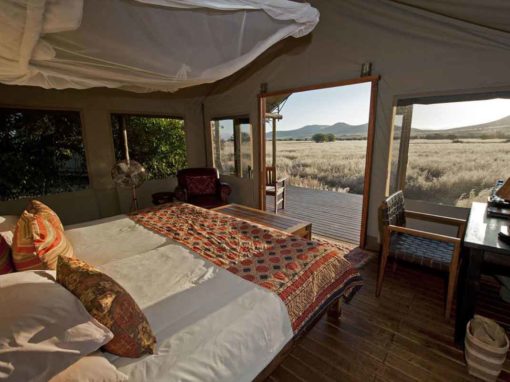 Desert Rhino Camp offers one of the most thrilling adventures to the intrepid ...
Read more

Damaraland Camp is located in possibly the most pristine wilderness area ...
Read more