Spend your Honeymoon in the ” Mother City ” of Cape Town which hosts beautiful Cape Dutch homesteads, elegant Georgian townhouses, traditional dancers and minstrels performing in the city streets, the smell of spicy Malay cooking, the taste of a well made wine, and the sound of the Snoek horn advertising the wares of fish vendors, this city will fill your senses. The bells of St George’s Cathedral alternate with the plaintive tones of the muezzin calling the faithful to prayer. Visitors give a startled jump, and Capetonians calmly glance at their watches, when the noon gun booms above the city – a relic from the days of sail when sea captains had to check their chronometers.  End the trip of a lifetime, lazing around on pristine white beaches in Mauritius, sipping cocktails and watching the sunset over the Indian Ocean.

On arrival at Cape Town, you will be met by your private tour guide and transfer to the gorgeous 12 Apostles Hotel, where you will be spending the following 5 nights

The Twelve Apostles Hotel and Spa stands at the edge of the world. On one side, a line of majestic mountains – The Twelve Apostles – reaches towards the heavens; on the other, the sun sets on breeching whales, playful dolphins, and crashing Atlantic rollers. And all around, you can walk the wilderness trails of the Table Mountain National Park. We’ll even pack you a picnic.

On a clear day, the distinctive shape of Table Mountain can be seen from up to 200km out to sea, while its summit provides spectacular views of the city, its Waterfront and Harbour below, the majestic Hottentots Holland mountains to the East and Cape Point to the south.

The Table Mountain cableway underwent a R90 million upgrade in 1997 and the new system – a combination of Swiss and South African Engineering – boasts revolving floors in the new cable cars, giving passengers a 360 degree panoramic view on their way up the mountain.

The five-minute ascent to the top of Table Mountain offers a 360° view of Cape Town, the ocean and the neighbouring peaks.

Once at the top visitors enjoy spectacular views and the peaceful feeling of being over one thousand metres above the city below. The area at the top of the mountain is surprisingly large so leave enough time to stroll along the paths, enjoy the viewing platforms and soak up the vistas.

Return to the lower cable way station after enjoying the spectacular views that Table Mountain offers,  and  depart on a tour of the “Mother City”

We then proceed towards Cape of Good Hope nature reserve. (8500 ha) 7 Species of antelope including the Eland, Bontebok and Cape mountain Zebra are to be found here. Down to Cape Point, the most South Westerly point of Africa

Depart Cape point for visit to Cape of Good Hope.

Depart Restaurant via the lovely town of Simon’s Town. Named after the first Governor of the Cape Simon Van Der Stel. Also an important naval base for the British who occupied the town for 150 years.

We visit a lovely Penguin colony at Boulders Beach. One of three African Penguin colonies inhabiting the mainland.

Penguins walk around freely  on the beach .

Nestled in historic Simon’s Town in South Africa, Boulders Penguin Colony is part of the Cape Peninsula National Park. Almost 3000 African (jackass) penguins, so called because their call resembles the bray of a donkey, reign supreme amidst rounded rocks and fish-filled False Bay. These endangered, flightless birds are free to roam the seas and return to their private haven – Foxy Beach at Boulders

On through the lovely suburb of Constantia and past the Cecelia state forest to the world famous Kirstenbosch Botanical Gardens, and after spending time in these beautiful gardens, return to your hotel late afternoon

Enjoy a day of leisure, perhaps soaking up on the sun on Clifton Beach or simply lazing around the swimming pool drinking cocktails

We visit the main areas of the Winelands – Stellenbosch with it’s Cape Dutch Architecture, Franschhoek and Paarl – visiting award Winning Wine Estates for tastings, whilst enjoying the scenic beauty of the Winelands.

Whether it is its magnificent natural beauty, its rich cultural heritage or its world-renowned wines, the Winelands Region is synonymous with all the best that the Cape has to offer. A 45-minute drive from Cape Town brings you to this area where splendid mountains form a dramatic backdrop to lush vineyards and gabled Cape Dutch homesteads steeped in history. Come experience the hospitality and beauty of Stellenbosch, Paarl, &  Franschhoek. The diversity of the Winelands will capture every heart.

Day 6:  Whisked away to the Island of Mauritius

Breakfast at your hotel followed by breakfast.  After a private transfer to Cape Town Airport, you will depart on a direct flight to the island of Mauritius, where you will spend the last 5 Nights of your Honeymoon at the Luxury Royal Palm

Set on a white-sand beach, this elegant luxury hotel is 11 km from the gardens at Chateâu de Labourdonnais and 12 km from Mauritius Aquarium. Located on the sheltered north-west coast, stretching along a pure white sandy beach, Royal Palm Beachcomber is a tranquil tropical haven with the promise of the most perfect end to your Honeymoon 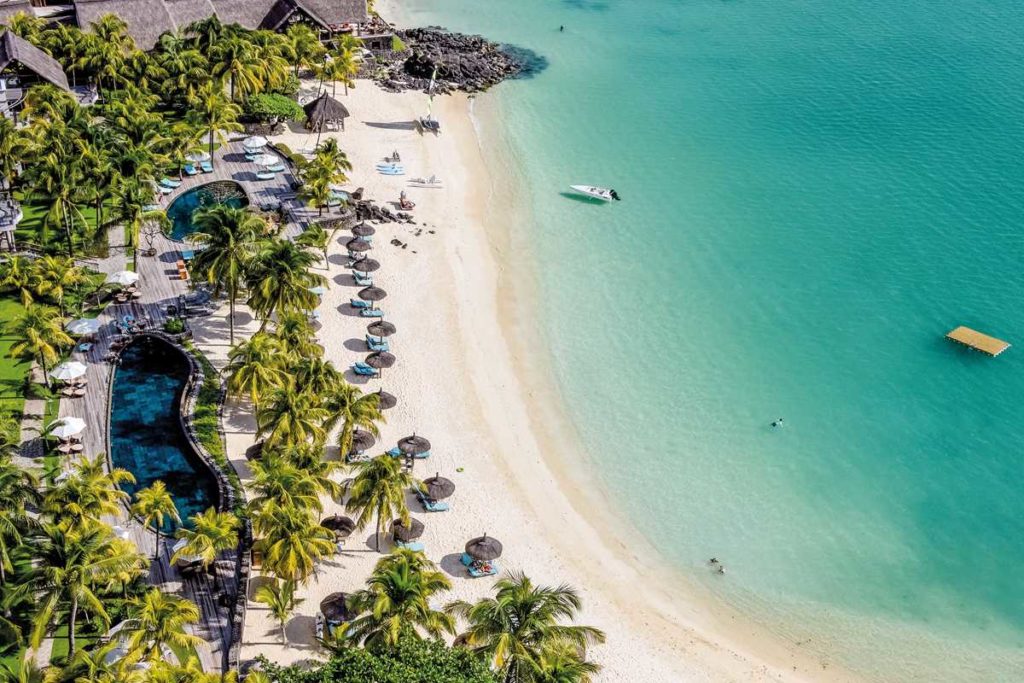 On a sheltered stretch of beach of the north west coast, protected from the trade winds, the Royal Palm benefits from an ideal location to make the most of an array of water sports.*

Choose to relish in some snorkeling in the clear blue waters of Grand Baie, or visit the Pamplemousses Gardens

Perhaps spoil yourselves with a trip on The Royal Princess,  a crewed luxury Yacht offering charters to the northern islets , or a sundowner cruise along the West Coast

Breakfast and check out . Transfer to Mauritius Airport and fly back to Johannesburg

Costs for this Honeymoon package are dependent on the time of year of travel, and also your preferred standard of accommodation.

This itinerary and choice of accommodation are suggestions only, and can be tailor made to suit your budget and preferences 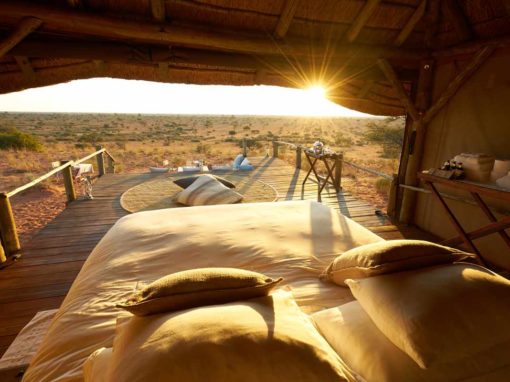 This luxury 12 night itinerary including Cape Town, the Kalahari and the Kruger ...
Read more 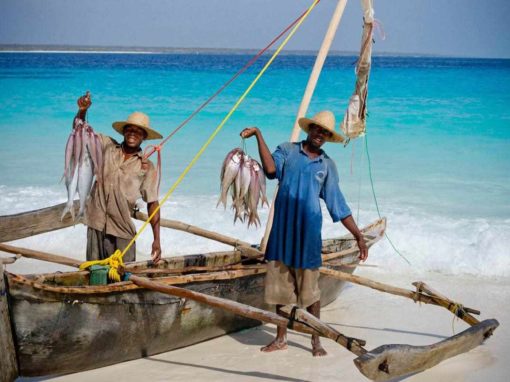 A luxury 13 day expedition highlighting the best to see in Tanzania - from Lake ...
Read more 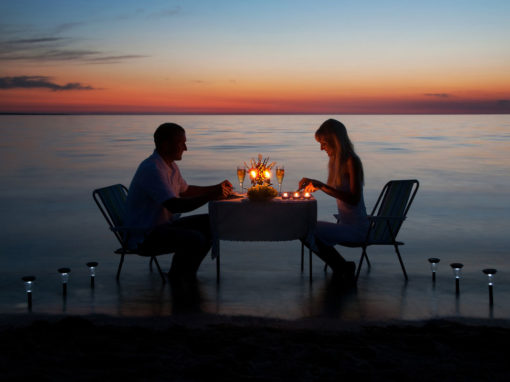 Honeymoon for 10 glorious days in Mauritius and Cape Town, starting with the ...
Read more 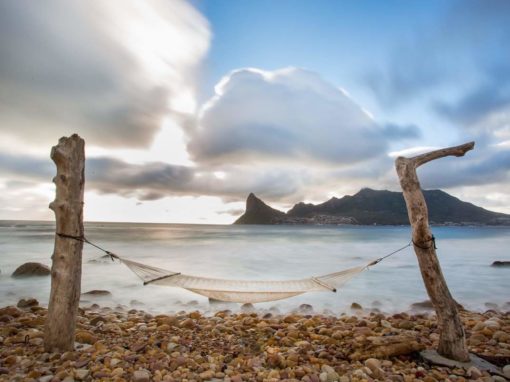 Imagine gasping at the views from the summit of Table Mountain in Cape Town, ...
Read more 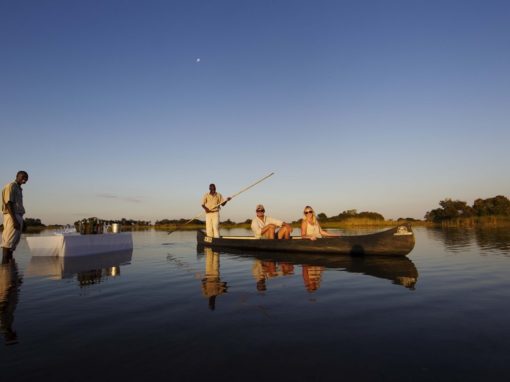 A Honeymoon in Botswana is the ultimate romantic getaway. Your days will be ...
Read more 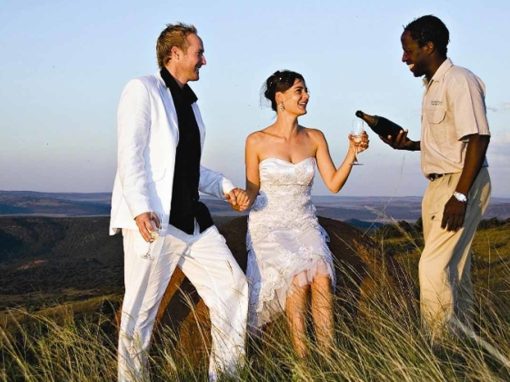 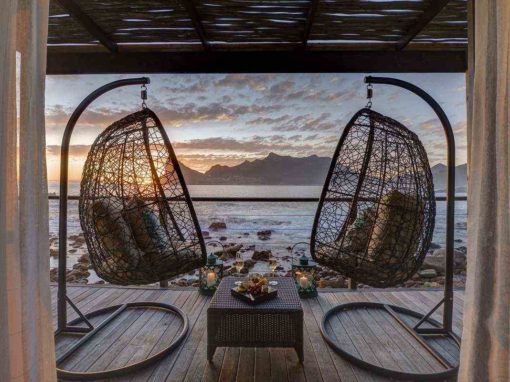 This Honeymoon package has been designed to ensure that Honeymooners enjoy the ...
Read more 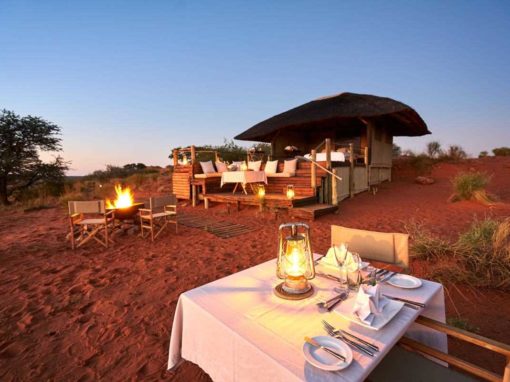 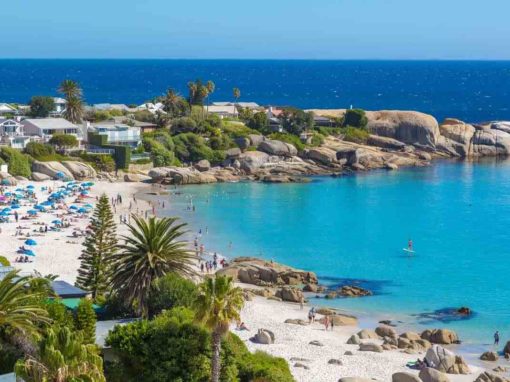 Spend 12 days enjoying the best there is to offer in Cape Town and the Garden ...
Read more 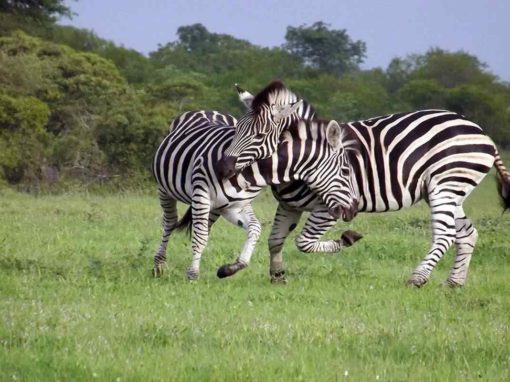 This affordable 10-day Honeymoon begins with a few days spent in the “Mother ...
Read more 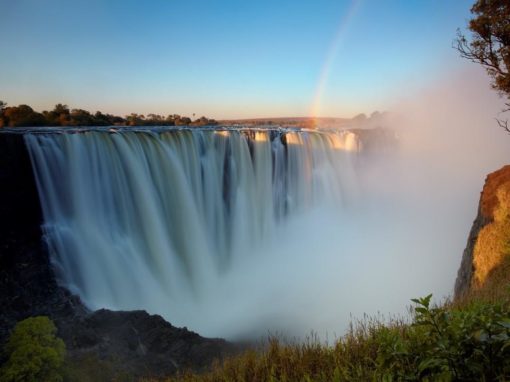 This sensational Honeymoon is designed for those with a limited amount of time ...
Read more 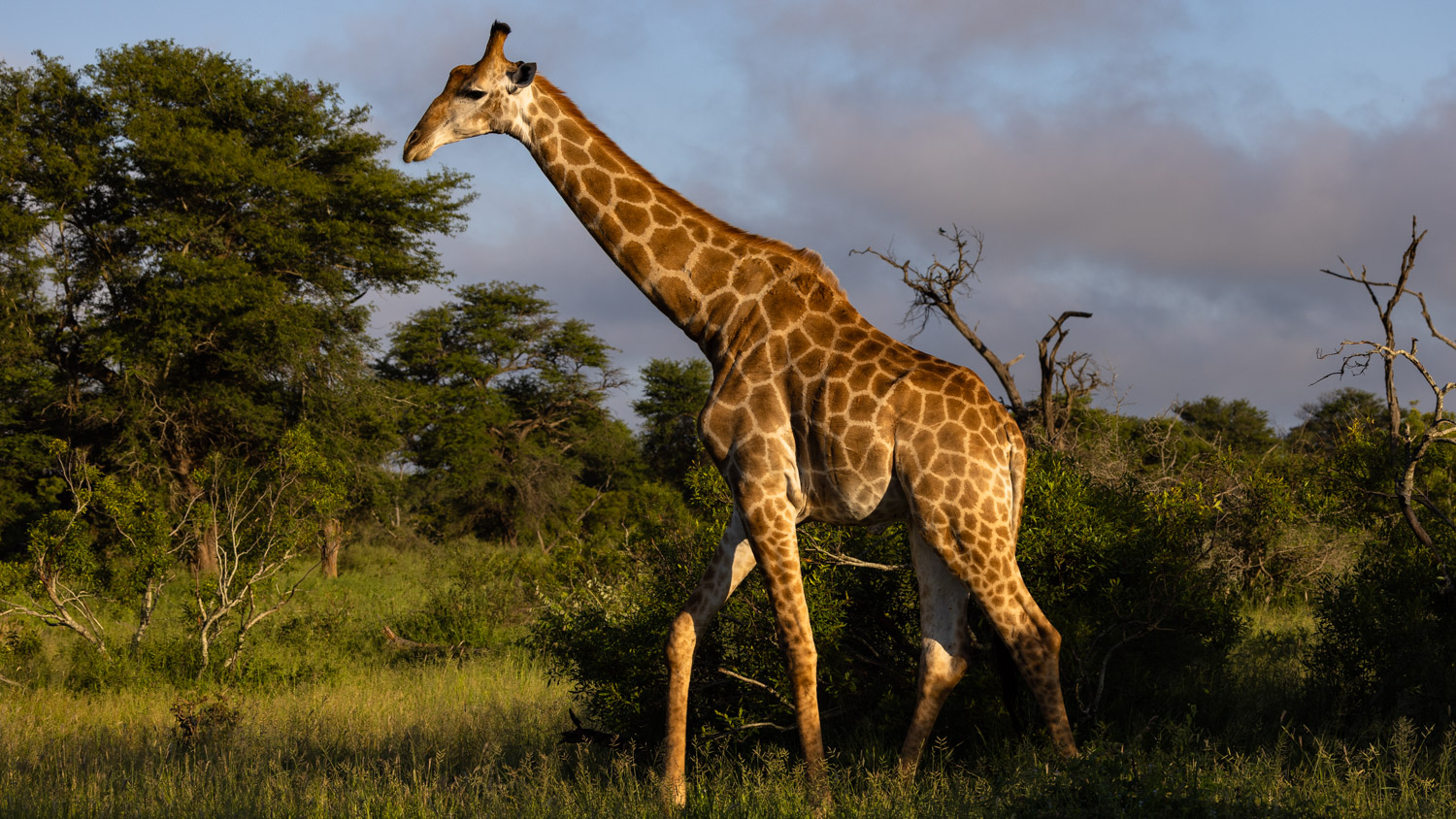 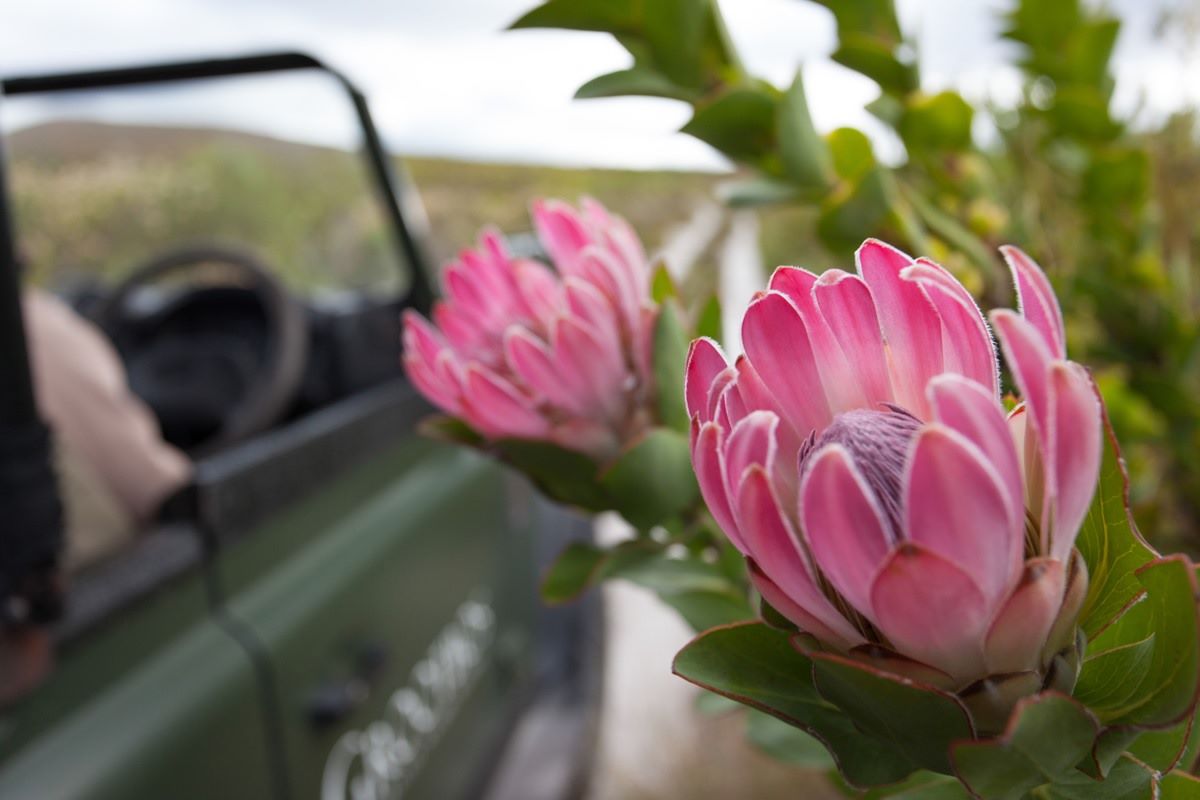 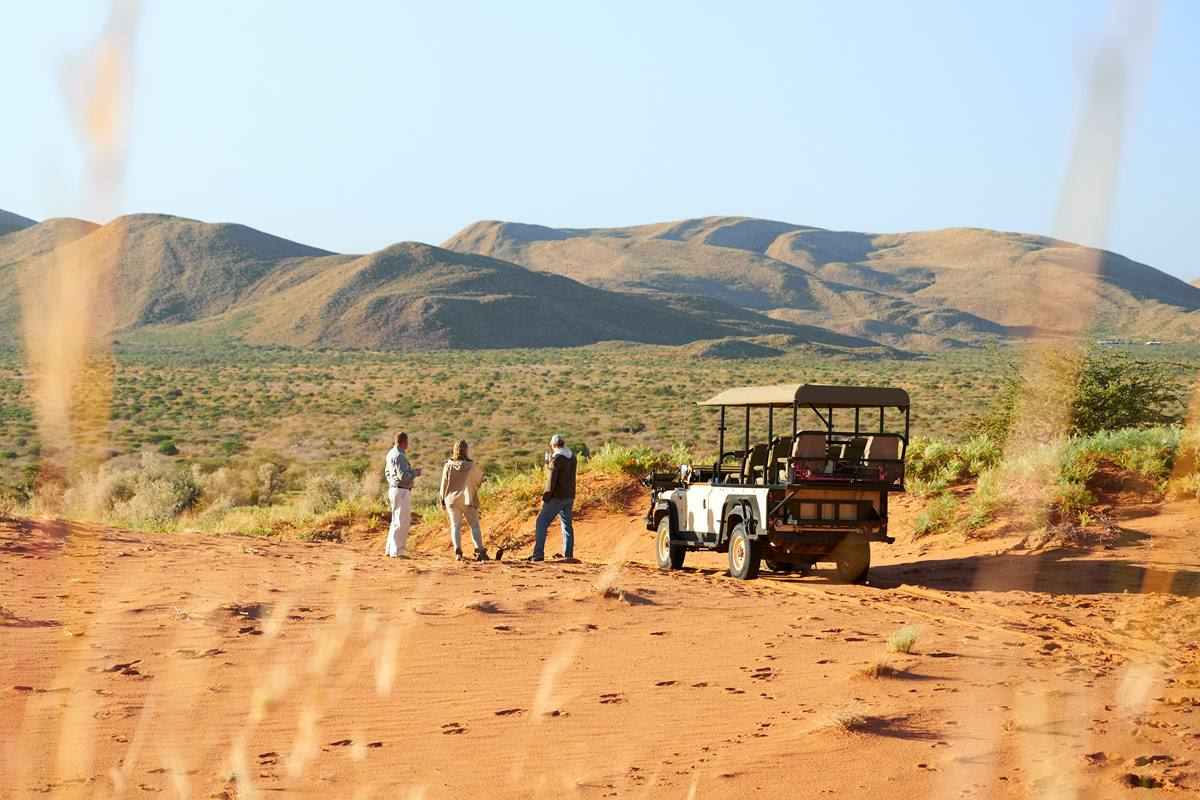 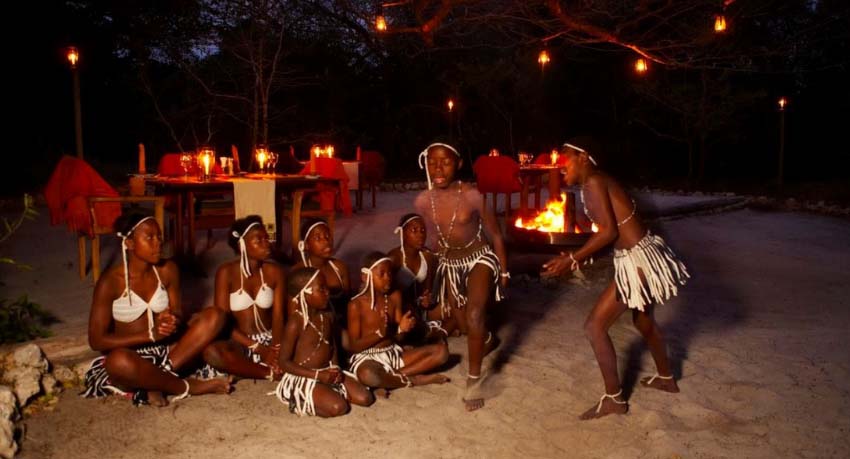 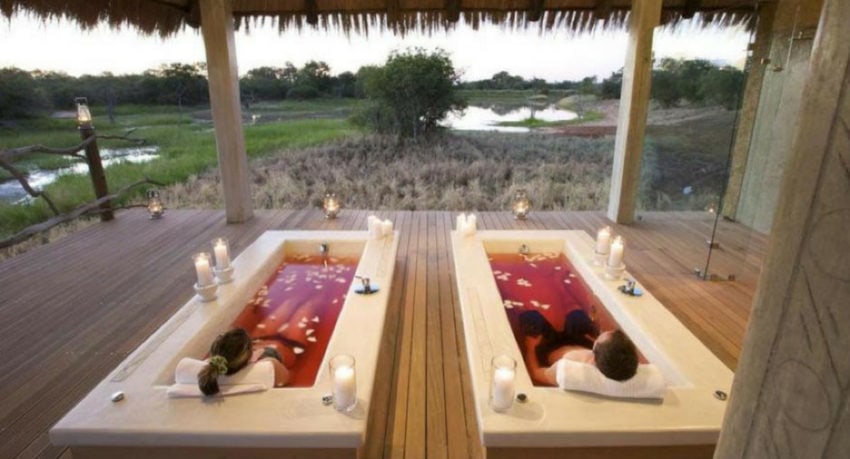